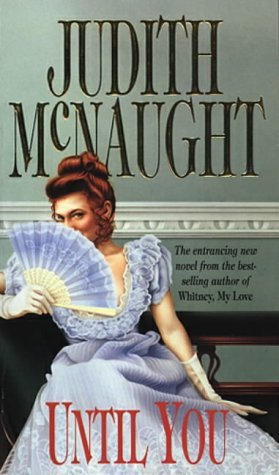 Until You (Westmoreland Saga #3)

Storyline Until You (Westmoreland Saga #3):

Sheridan Bromleigh had spent most of her early life as a happy vagabond with her unruly American father and his vagrant friends. Then, given over to the care of a strict maiden aunt, she was taught to be a lady - poor but genteel - and finally a teacher. When she was hired to act as chaperone to a pretty but spoilt heiress travelling to England to join an aristocratic fiance, Sheridan was delighted. Now, at last, she could visit her family's country. But somehow everything went wrong.

For Miss Charise Lancaster, not over-gifted with intelligence, eloped with a stranger before she could meet her suitor. And Sheridan was left with the horrid task of telling Lord Burleton she had somehow misplaced his bride. As she gazed at the tall, confident man before her, her courage failed. She was doubly shocked when she heard his news. Lord Burleton, a drunkard and a wastrel, had been killed the night before. At which point fate took over. Sheridan was knocked unconscious on the quayside, and recovered to find herself in the handsome stranger's care, not knowing who she was.

It was to be the beginning of a dazzling, witty, dramatic, and romantic sequence of events in which every possible confusion was to take place.