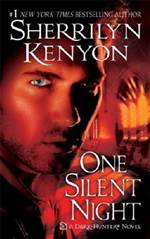 While the world carries on unawares, Stryker, who leads an army of demons and vampires, is plotting an all out onslaught against his enemies—which, unfortunately for us, includes the entire human race. To avenge his sister, Stryker prepares to annihilate the Dark-Hunters. But things go awry when his oldest enemy returns. Enter his ex-wife. Zephyra. Just when he thought nothing could stop him, he’s now embroiled in a centuries old war with a shrew who gives new meaning to pain.