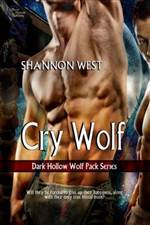 Casey, a good looking young wolf shifter has sworn to kill the man who killed his brother. He has joined the Mountain Wolf Pack to carry out his revenge. On his first work detail, he discovers that the handsome young man in charge is his blood mate. The trouble is, the man, whose name is Rory, is straight, and a wolf. Two wolves are allowed to mate, but only if one assumes the submissive role. Neither of these two stubborn wolves is willing to compromise. If that’s not bad enough, they soon discover that Rory is the wolf who killed Casey’s only brother. Now Casey must find some way around his sworn oath. Can the two sexy wolves overcome their distrust and hatred of each other, or will they be forced to give up their happiness, along with their only true blood mate?