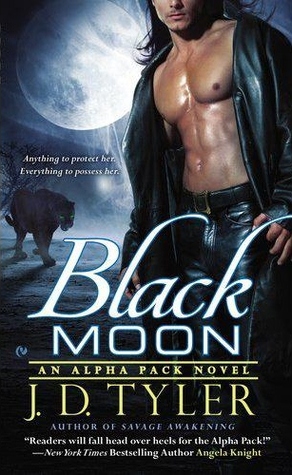 Fans of J. R. Ward, Nalini Singh, Kresley Cole and Gena Showalter, meet the Alpha Pack. Once, they were Navy SEALS. Now, they are a top secret team of wolf shifters with Psy powers who take on the darkest dangers on Earth. Intensely passionate and utterly thrilling, J. D. Tyler's Alpha Pack are unforgettable.
Ever since he saved Dr. Mackenzie Grant's life, panther shifter and sorcerer Kalen Black has had trouble keeping the beautiful doctor out of his thoughts, and his heart. The brush with death awakened an intense passion between them - one that for the first time had the notorious loner letting down his guard. With the Alpha Pack battling an evil Fae who is slowly gaining control over Kalen's mind, Kalen can no longer trust his own actions, and he breaks off his affair with Mackenzie in order to keep her safe. But when Mackenzie learns that she is carrying Kalen's child, no amount of danger will keep her away from the man she loves. To be with his mate and unborn child, Kalen will have to unleash the full fury of his power, and risk destroying them all...
Don't miss the other sexy and exciting Alpha Pack adventures in Primal Law, Savage Awakening, Hunter's Heart and Cole's Redemption.
Read Now