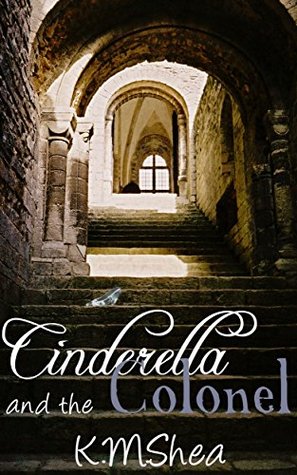 Scratching out a living in a land recovering from war and a hostile takeover, Cinderella—an orphaned, destitute duchess—is desperate to save her lands and servants in spite of the terrible taxes placed upon her by the Erlauf queen, even if it means she must don servants’ clothes and work like a commoner.

Her sacrifices aren’t enough, and when a mountain of debt is levied against her, she is given one season to produce the funds. Cinderella realizes it is only a matter of time before she loses everything she has struggled to protect, and it seems that all is lost until she is befriended by the debonair Colonel Friedrich—a member of the Erlauf military and a citizen of the oppressing country that rules her homeland.

From helping her break into the royal library to saving her from a rogue mage, Friedrich draws her closer and challenges her mindset of the queen and the war.

Cinderella knows Friedrich is not all he appears to be, but can she trust him with her country and her heart?

CINDERELLA AND THE COLONEL is fairy tale retelling of love, sacrifice, adventure, and magic. It is filled with humor, deception, and clean romance, and it belongs to the top selling series, TIMELESS FAIRY TALES. The books in this series take place in the same world and can be read all together, or as individual, stand-alone books.